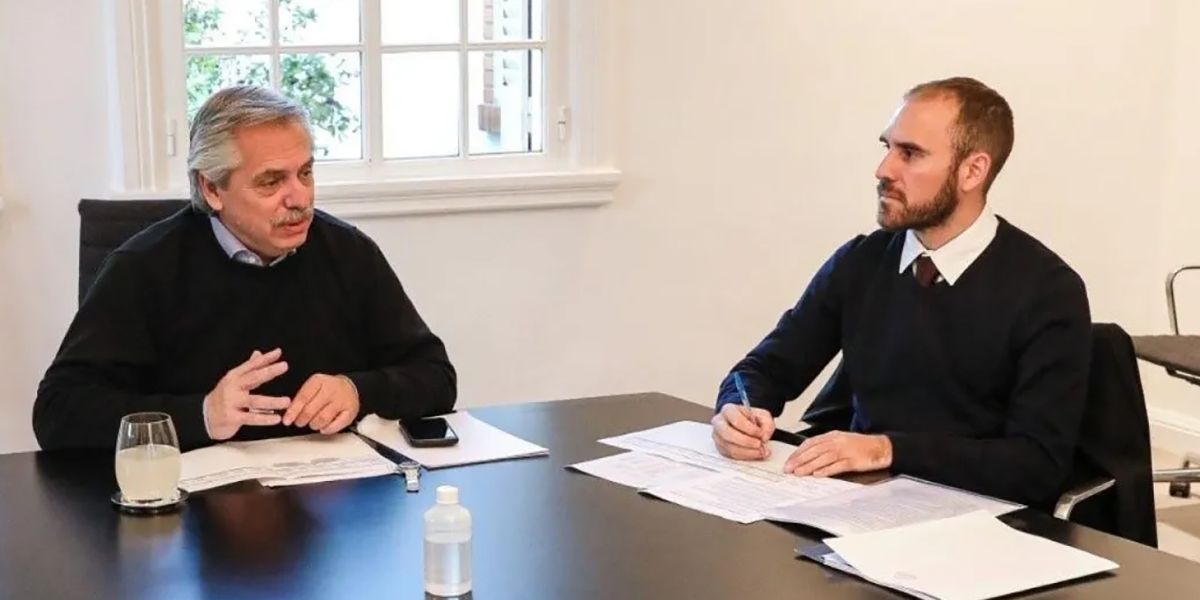 After much effort and months of negotiation, Argentina reached an agreement with the bondholders under foreign law. The Center of Political Economy shares its conclusions. Download PDF version in here.

-The restructured debt amounts to approximately US $ 67 billion of capital stock in relation to foreign law debt (exchange rate as of August 4).

-What are the benefits of the settlement? In the first years, Argentina saves dollars and also argentine pesos.

-It is worth remembering that the bondholders started by offering an agreement for US $ 92 of Net Present Value (NPV) for each US $ 100 of original value of each security at the end of 2019. In February the creditors were already offering US $ 75. In the first offer of the Argentine Government, in April 2020, proposed to pay U $ S 40 and the bondholders there counter-offered US $ 65. The gap was still not closed. The last Argentine proposal: Martín Guzmán offered in May US $ 53 per title. Finally, the agreement closes between US $ 54 and US $ 55: CREDITORS REDUCED THEIR OFFER 70%; ARGENTINA IMPROVED 35%.

Although some media advanced agreements in relation to legal issues, in the official communication of August 4, Argentina maintained its position on this matter. The release says "Argentina, SUBJECT TO THE OPPORTUNITY IN WHICH ITS SUPPORT BY THE INTERNATIONAL COMMUNITY IN GENERAL SENSE IS EVIDENT, will adjust certain aspects of the collective action clauses in the documents of the new bonds". In other words, it will accept these agreements as long as they are considered as a general criterion in the current debt negotiations in the world. What is discussed here is that there are not so many obstacles to reach the majority of acceptance in future restructuring.

-ARGENTINA MANAGED BUY TIME in the next 5 years and impose the flattened maturity curve, which was the highlight of the original offer. See Chart below: in red the maturities without exchange (inherited) and in blue the new maturities. 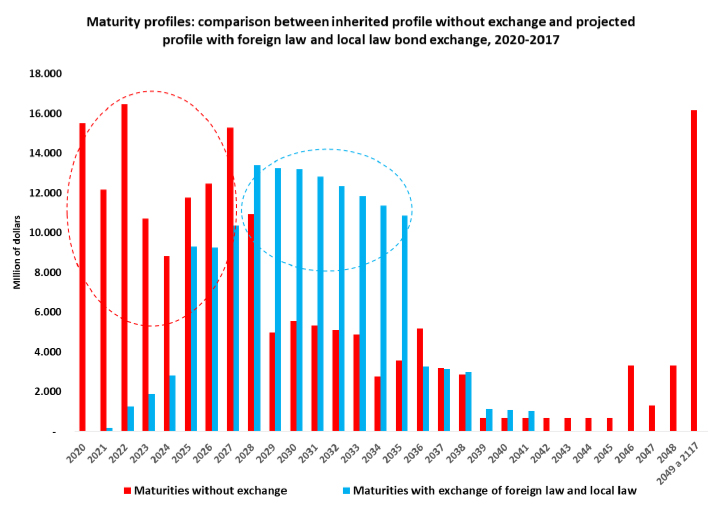 -At this point, no one can discuss the GOOD FAITH OF THE ARGENTINE PROPOSAL, which remained even in the face of the pandemic scenario.

-To put in value: Ecuador is restructuring its debt on a par with Argentina, for a significantly lower amount (US $ 17,400 million), with an offer close to US $ 59 of Net Present Value. In other words, our country achieves an agreement with a significantly lower offer than the example that BlackRock wanted emulated.

-An important technical comment: do not expect large changes in the debt / GDP ratio, since the calculation is made considering the debt capital stock and there are no large deductions from it, but the key is interest reduction and a strong extension of terms.

-What can be expected in the short term for the daily life of Argentines? It is possible to hope (although without much expectations) that the exchange tensions will be reduced for a time. At the same time, being able to use resources for wage subsidy for workers (ATP program), emergency family income (IFE), Retirements and others that prop up the popular income that is significantly affected by the pandemic.

-Is the debt discussion over? No. First, until 8/24 specific issues of this agreement will continue to be discussed until the final acceptance of the agreement. But also, because it remains to discuss the debt of US $ 44 billion with the IMF and its conditions, and this is TOTALLY RELEVANT for the economy of our country. This will once again put the agency's responsibility in the economic debacle at the center of the scene, especially during 2018 and 2019.